For daily tourist excursions. Casciana is surrounded by marvelous countryside, which can be visited on foot, by mountain bike or on horseback.
www.ecorent.net rent bike, e-bike, scooter 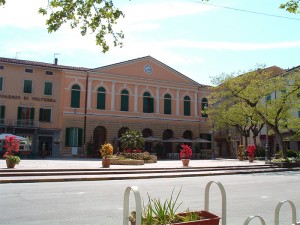 This city is especially well-known for its thermal spa and their constant 35,7°C calcic-sulphurous waters. It is thought that the thermal spring was discovered by the Countess Matilde di Canossa. She had an elderly, graying and ailing blackbird. One day the Countess noted that the blackbird had begun moving better and that its feathers had returned to being an intense black color and its beak bright yellow. She then decided to have the blackbird followed during one of its morning “outings”. She discovered that the blackbird flew every morning to bathe in a sort of strange “smoking water”, after which the Countess decided that she too wanted to bathe in these miraculous waters. She quickly wreaked the benefits of these waters and decided to construct several spa, the start of the thermal complex that we can admire today. Up until 1927 the spa were the property of the city of Lari. 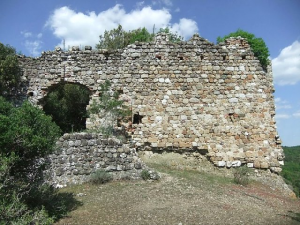 This medieval village dates to 1193 (Rejesta Pisanee del Caturegli) and is located on the highest of the hills of the Casciana Terme area. The antique ruins of the castle can still be seen around the Fortress, and were once a part of the estates of Pisa, later falling into the hands of Florence in 1406. Recent digs around the fortress have even brought to light some extremely interesting Etruscan artefacts. 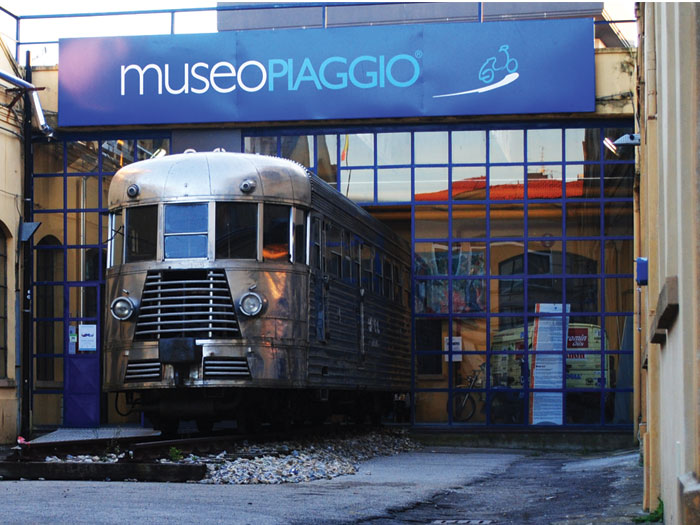 The building in which the Piaggio Museum is located today is a former tooling shop, one of the oldest facilities of the Piaggio factory in Pontedera. In 2000, it was converted into a centre for arts and culture to house the Museum.
The Museum’s permanent collection of historic vehicles attracts growing numbers of devotees and tourists from all over the world, while the Historic Archive, one of the most important corporate archives in Italy, contains full records on the company’s history and as such is an excellent tool for conserving local and national memory.
The Piaggio Museum is a place to visit, to experience and to interpret. It offers a fascinating journey through the history of a great Italian company and through Italian mores since the Second World War, a journey that will leave the visitor with food for thought. 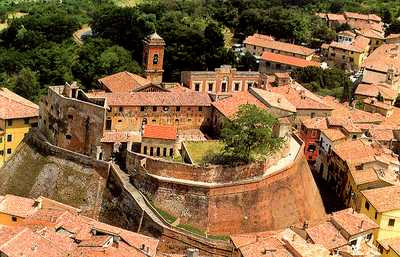 The Castle of Vicari di Lari is located in the centre of the city of Lari (in the province of Pisa), an antique medieval village, already inhabited in Etruscan times. The fortress, in existence from around the year 1000, enjoyed its maximum splendor in the centuries following the year 1400 as the Headquarters of the Florentine Vicariate. For more than four centuries the Lari Castle administered over a third of the actual province of Pisa. The Vicariate was abolished with the adhesion of the Grand Duke of Tuscany to the Reign of Italy although a civil magistrates’ court remained in Lari until the end of the 1960’s. The Fortress is currently run by the “Il Castello” Cultural Association that deals with cultural and tourist re-evaluation, running tourist visits and organizing conferences and presentations. 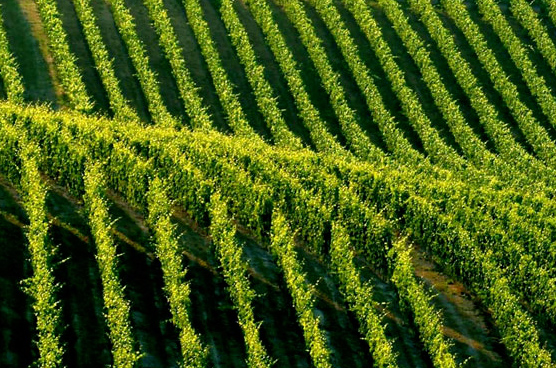 The Street of Wine

The province of Pisa, other than boasting its artistic traditions conserved within various historic city centres of international fame, guarantees unique emotions even in less-known locations that dot the countryside. This is the case of several villages and cities like San Minato, Palaia, La Rotta, Peccioli, Laiatico, Terricciola, Lari, Crespina Fauglia, Lorenzana Casciana Terme and Chianni that can be encounter along the Street of Wine along the hills of Pisa. It is also the ideal itinerary for those who which to use other forms of transportation than cars. 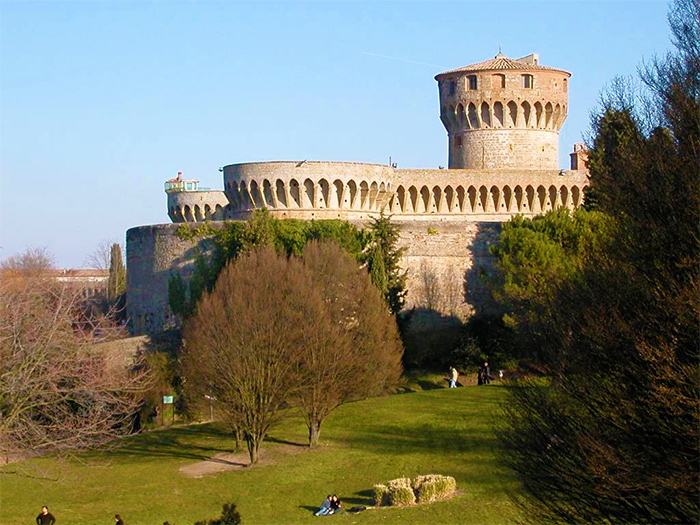 This city preserves a notable historic city centre of Etruscan origin (of this epoch remains the “Porta dell’arco”) with Roman ruins and medieval buildings such as the Cathedral and the Palazzo dei Priori in the piazza of the same name, at the very centre of the city. 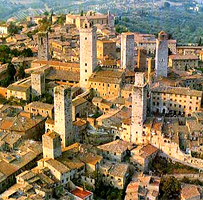 The profile of this hill-top city (334 metres tall) is defined by two towers that literally dominate over the Val d’Elsa. Home to a small Etruscan village in the Hellenistic period (III-II centuries BC), the city’s historical documentation begins around the 10th century with the name of the Saint Bishop of Modena: San Gimignano, who had saved the city from barbaric tribes. The city enjoyed a great deal of growth during the Middle Ages thanks to the Via (street) Francigena that crosses through the city. San Ginignano also enjoyed the presence of a wealth of works of art that adorn the city’s churches and convents. In 1199 the city became a free commune and combated against the Bishops of Volterra and other surrounding cities. Battles amongst the city residents themselves eventually divided the city into two fractions, the Ardinghelli (Guelph) and the Salvucci (Ghibelline). On the 8th of May 1300 the city was visited by Dante Alighieri, ambassador of the Guelph league in Tuscany. The terrible plague of 1348 and the successive de-population threw San Gimignano into a period of desperate crisis. The city was consequentially forced to succumb to the city of Florence. The city was only able to come out of its state of degradation and abandon centuries later when the city’s beauties were re-discovered, as well as its cultural and original agricultural importance. 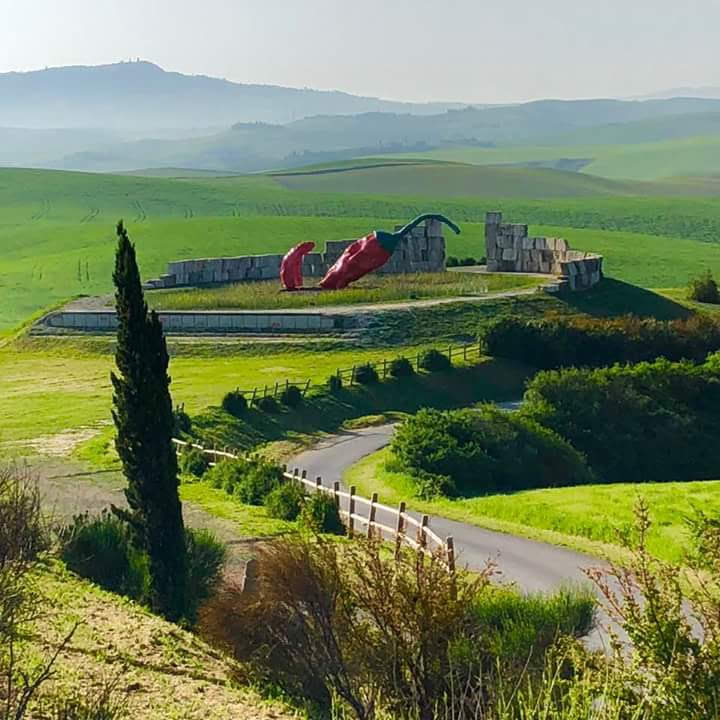 THEATRE OF SILENCE.
In Lajatico, an ancient city of longobard origin, you can find the Theater of Silence, a natural amphitheater, situated on a hill just outside of the town. Which has recently become an international tourist attraction, due to the fact of it being the birthplace of Andrea Bocelli, the famous Italian tenor. Every year in July in the suggestive surroundings of the theater they hold concerts. Where Bocelli and other international artists perform. 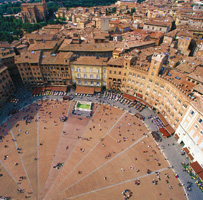 Siena found itself at the centre of several important roads that led to Rome in the 10th century, and it was thanks to this reason that the city became increasingly important during the Middle Ages. In the 12th century the city acquired consular communal ordainments and quickly began its expansion throughout the territory making its first alliances. This situation of both political and economical significance brought Siena to fight Florence for the domination of the northern part of Tuscany. From the first half of the 12th century and forwards Siena prospered and became an important commercial centre, maintaining a good relationship with the State of the Church; the bankers of Siena were a reference for the authorities in Rome, who often came to them for loans and financing. At the end of the 12th century the city of Siena sustained the Ghibellines and found itself once again in opposition with Florence, who initially seemed to have it worse. However, Siena eventually lost the war in the battle of the Colle Val d’Elsa, that brought to power the Government “dei Nove” in 1287. Under this new government Siena actually reached its maximum splendor, both economically and culturally. After the plague of 1348, the slow decline of the Republic of Siena began, reaching its peak in 1555, the year in which the city had to surrender itself to the city of Florence. 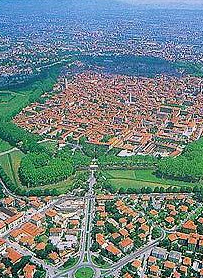 Very little is known regarding the antique origins of the city of Lucca. It probably was founded in the pre-Roman epoch in a marsh area between the Bientina and Serchio lakes. Its name, in fact, has Celtic-Ligurian origins: “luk” meant marshland. The city was dominated by the Ligurians and Etruscans until 180 BC, the year in which the city became a Roman colony. In 89 BC the city was proclaimed a “municipium” and in 56 BC Ceasar, Pompeo and Crasso met there to sanction the birth of the triumvirate.
Given the city’s geographical position, it has always had great importance as a road junction as it was crossed by the Cassia and Francigena (the road that lead from Rome to France) roads and connected to Parma through a side road of the Via Clodia through the Garfagnana. Once the Roman Empire had fallen, Lucca was invaded first by the Goths and then the Lombards. Under the latter the city enjoyed a great deal of prosperity, becoming the seat of the King and the capital of the region. From the Carolingian period not many things are known. In the 10th century it is known that the city was a feud of the marquisate of Tuscany.
Thanks to the city’s solid periphery walls it was saved from an invasion of the Hungarians in the year 940. In 1004 the city fought against Pisa, and to not have to surrender to the Canossa, accepted the arrival of Enrico III in Italy. During the battle between the empire and papacy Lucca was always faithful to the empire and later obtained notable benefits. The Congress of Vienna in 1824 gave Lucca in dukedom to Maria Luisa di Borbone of Parma, succeeded by her son Carlo Lodovico in 1824 who reigned for 23 years before relinquishing the city in 1847 to Leopoldo II of Tuscany. In 1860 Lucca came to take part of the Reign of Italy. 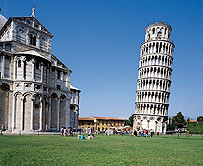 The city of Pisa is located in the center of the largest plains of Tuscany, the Plain of Pisa, a vast and fertile alluvial land extended to the place where the Arno and the Serchio, the two largest rivers in the county, empties into the sea close to the ‘each other. Pisa, since the dawn of its history, has drawn many benefits from this happy geographical position, becoming a major hub of trade and movement between the sea, the coastal towns and densely populated interior valleys of Tuscany. Extremely well known for the Leaning Tower, Pisa is presented today as a city of a thousand historical, artistic and cultural activities: a lovely medieval city center, dotted with archaeological finds from the Etruscan and Roman Pisa, monuments of his time as a thriving Marine Republic, squares and buildings Renaissance, Baroque and Neoclassical. 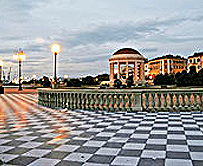 City built by the Medici family in the sixteenth century, in 1600, became an oasis of hospitality for all the persecuted religious, political or racial, absorbing and enriching the traditions of all peoples who have inhabited. Livorno is one of the most important Italian ports, and as a commercial port, and tourism. For this is a city inextricably tied to the sea. The artistic heritage of the churches of the seventeenth and eighteenth centuries, the beautiful examples of Art Nouveau architecture, the promenade with its gardens, the neighborhood of the “New Venice”, built on the water, the elegant villas in which they reside personalities of international fame, make this vibrant city that gave birth to Amedeo Modigliani, Pietro Mascagni, Giovanni Fattori, Francesco Domenico Guerrazzi, a center to be discovered.